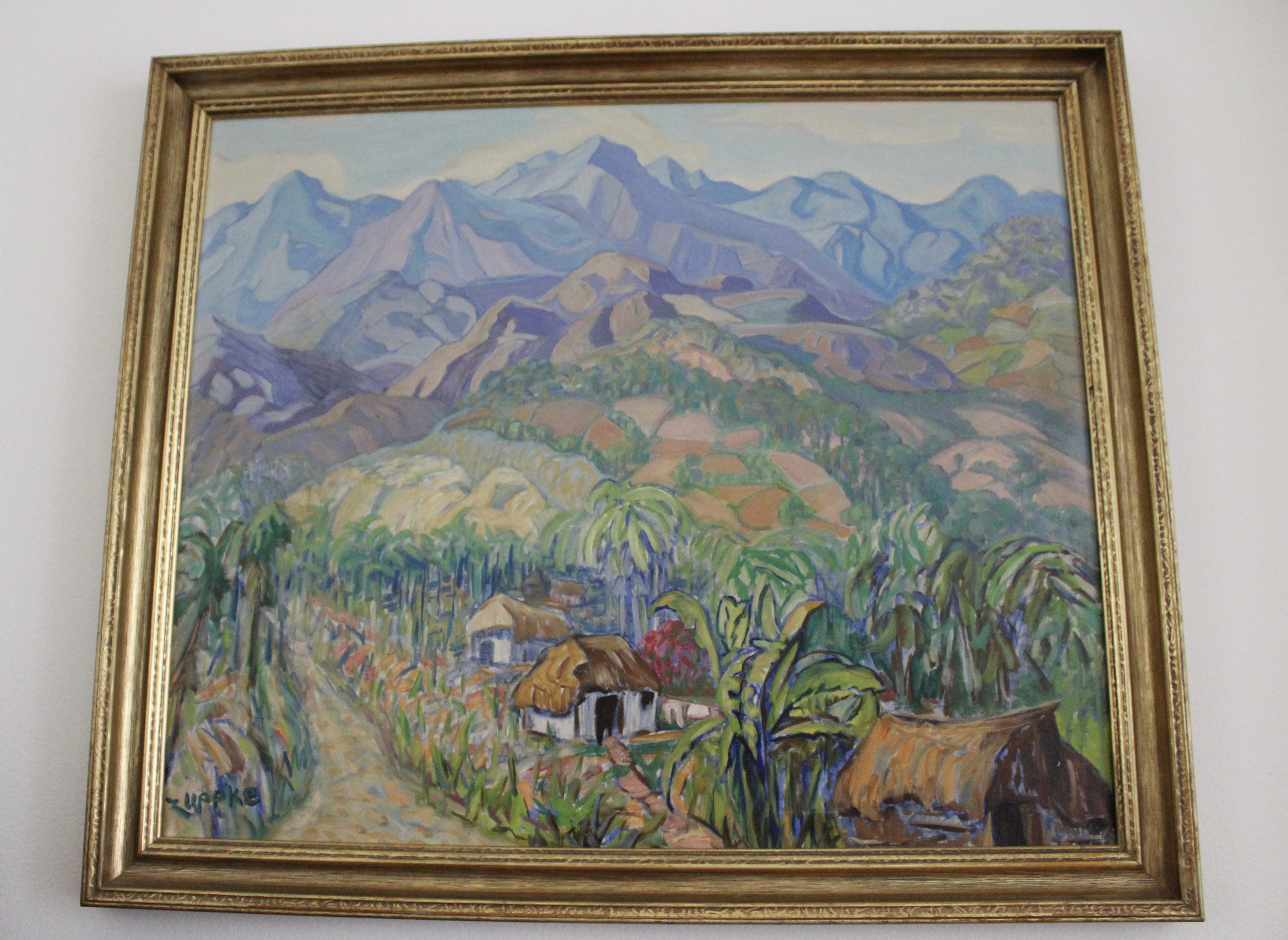 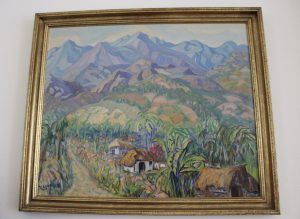 Robert Zuppke 1879-1957. Oil on Canvas. 36″ x 30″/ 40 1/2″ x 34 1/2″ in frame. Zuppke was a well known beloved figure as a football coach  from 1913 to 1941 at the University of Illinois (including the 1923 and “27 championship seasons). Zuppke Field  was named in his honor. His other love throughout his life was painting. Most of his paintings were done in Colorado and the Southwest. We think this was done in Cuba where he was invited to the wedding of Mary Welsh and Earnest Hemingway-who missed by only a couple of years to play football for Coach Zuppke at Oak Park High. 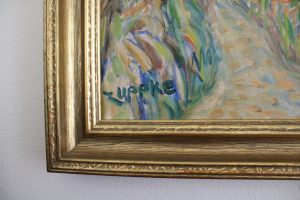 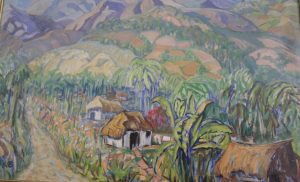 SOLD AND BACK HOME IN CHAMPAIGN, IL. WE’RE HAPPY TO SAY!!