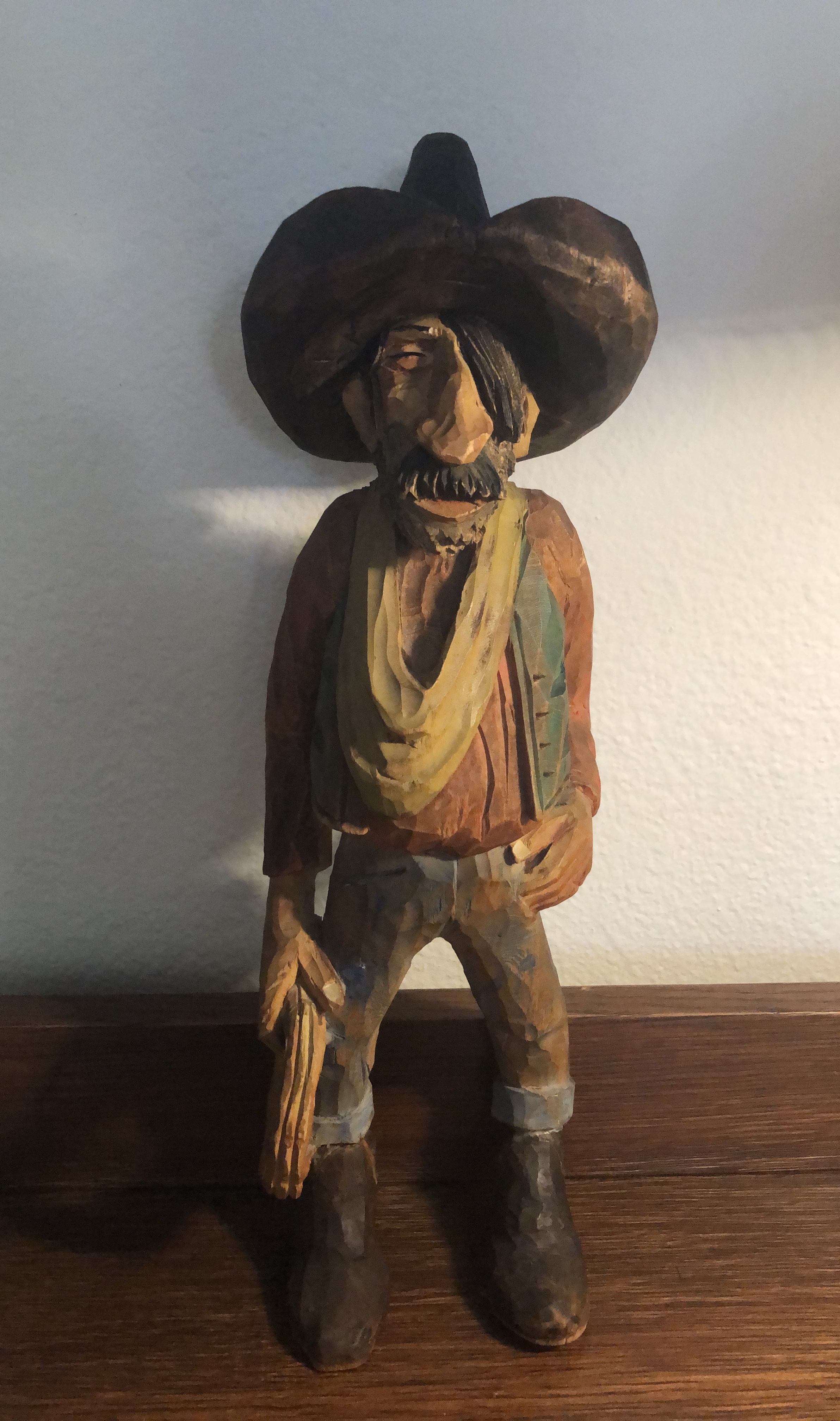 H.S. “Andy” Anderson left home at 16 to work as a cowboy. While on the range he began carving old-weather beaten cowpokes. This is a Great example. Excellent Condition and all Original-

1893-1960. One of the recognized masters of carving, he moved to California where he worked as a carpenter and designer and later at Braydon Laguna Pottery. He opened a workshop in Knott’s Berry Farm where he carved the figures of Ghost Town while visitors gathered around. Many of his works were given as gifts in Hollywood and President  Franklin Roosevelt received one. This work is 14″h, the detail and colors are excellent. 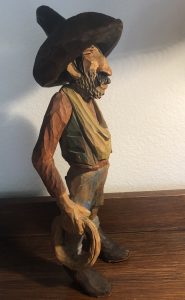 Signed with his carved in ANDY on back of Cowboys Hat 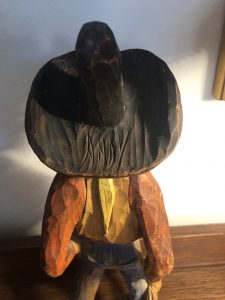