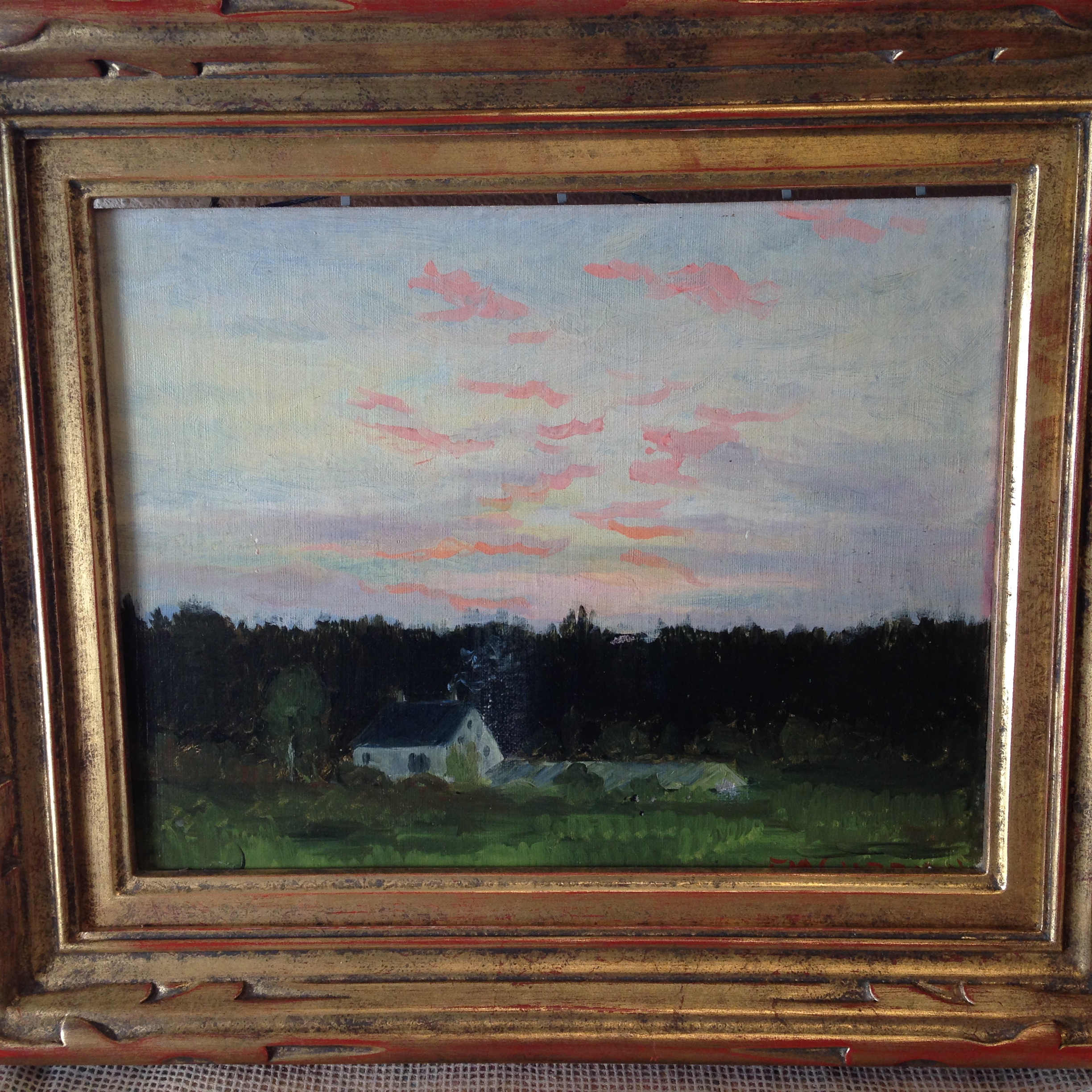 (1871-1948).Frank Cuprien studied art in NY, Philadelphia, Munich, Paris and Leipzig until 1905 when he returned to the U.S. and finally to California in 1910. He settled in Laguna Beach and became an active member of the art community where his home became a gathering spot for local artists and musicians. He won many awards and his works are held in museums in California as well as elsewhere. The subject of this appears to be his earlier pre-California work. Oil on board. Image-12” x 10” Frame- 18” x 15”.