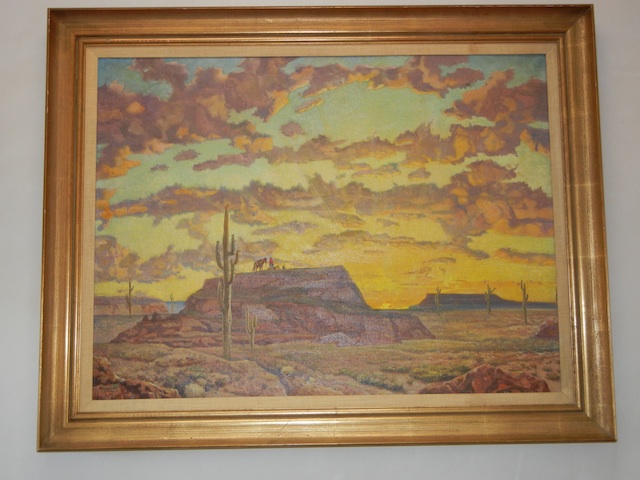 Large Southwestern Oil (38″ h x 48″ w) by Hernando Villa. (1881-19520Born in Los Angeles, son of Esiquia and Miguel de Villa who came to LA from Baja, Ca. in 1846 when Calif. was still part of Mexico. His mother was an amateur singer and his father an artist with a studio on the Plaza. After studying locally at the School of Design he studied for a year in England and Germany and taught at the School of Design after his return.He had a studio in LA and worked as a commercial artist and illustrator for the Santa Fe Railroad for 40 years. His most famous work is The Chief, the emblem of the Santa Fe Railroad. Equally facile in oils, watercolors, pastels and charcoal, his specialty was the Old West-Indians, missions and the Mexican Vaqueros. Exhibited and won awards extensively in LA. His works are held in Laguna Beach Museum, LAMA, Ft. Worth Museum of Art and has many murals shown. 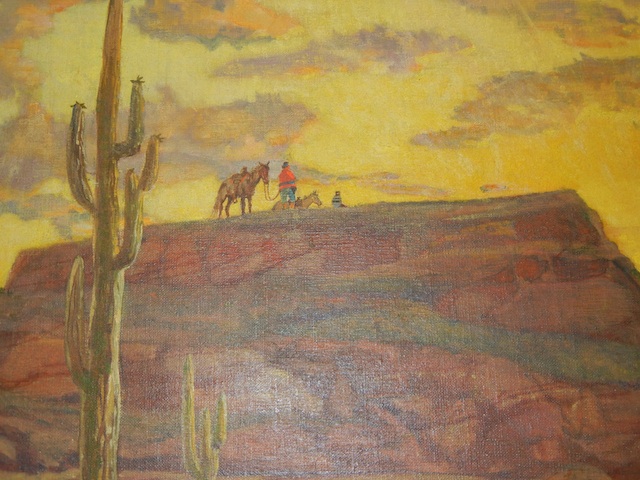 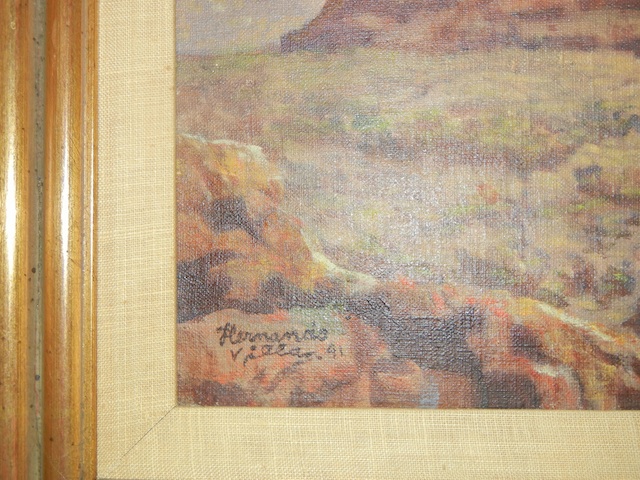