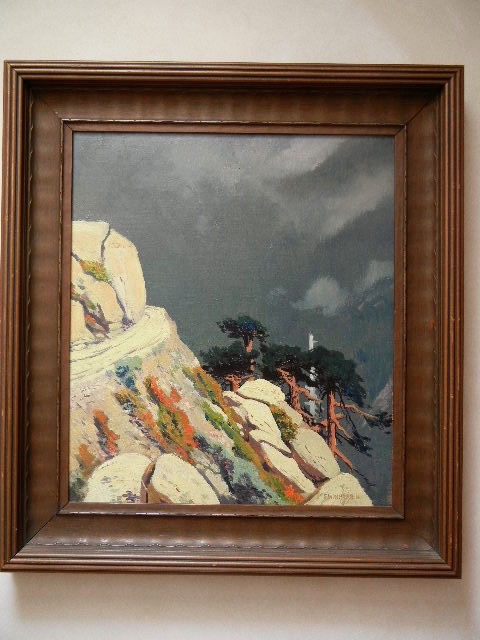 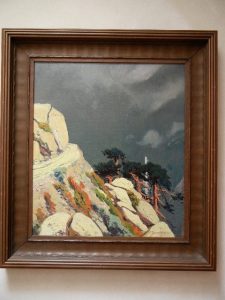 James Swinnerton. 1875-1974. Oil on board. 14 x 16″/19 1/4 x 21″ in frame. James Swinnerton was the initiator of a school of desert painting. He had a varied and very interesting life. Born in Eureka, Ca., he ran away from home at 14 and went to San Francisco. After being an apprentice harness-racing driver, he entered the Ca. School of Design. Worked for the SF Examiner where he developed cartoons that ran for nearly 40 years. in Hearst papers first color supplement. While working in NY  Swinnerton was stricken with tuberculosis and given a month to live. He returned to Ca in the early 1900’s, settled  in Palm Springs and lived near there for over 60 years. After his return, he began exploring the Southwest and painting desert landscapes. Swinnerton Arch in Monument Valley is named for him. 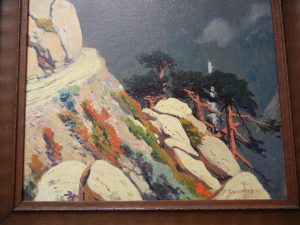